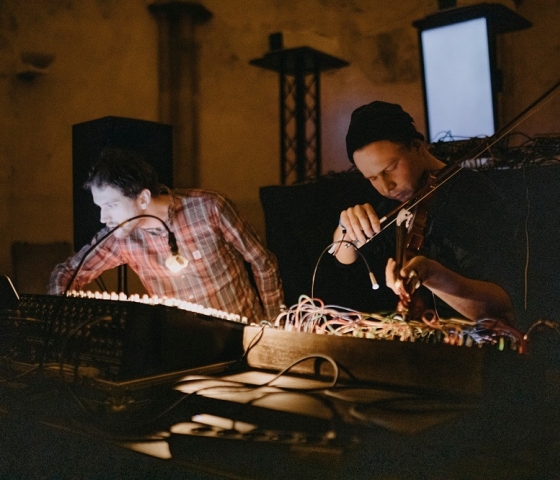 Emerging from Brno's respected institutions of AVA collective and Bastl Instruments, Thistle is an improvised conversation between Matěj Kotouček and Simo Hakalisto. Language in use: hypnotic drone, electronics and field recordings. In 2022 they released an album called Teleopsia on Stoned to Death Records that has the perfect ability to induce trance to any open ears.
Thistle's Matěj Kotouček is previously known for his live electronics / drums duo Sky to Speak, he is currently playing solo as Loops of Decay and working in Prague's NOISE.KITCHEN, a synth laboratory. Simo Hakalisto is a Finish film maker, he is also active in projects Shakali and Gnäw, releasing music through outfits such as Ikuisuus, Cruel Nature or Good Morning Tapes.