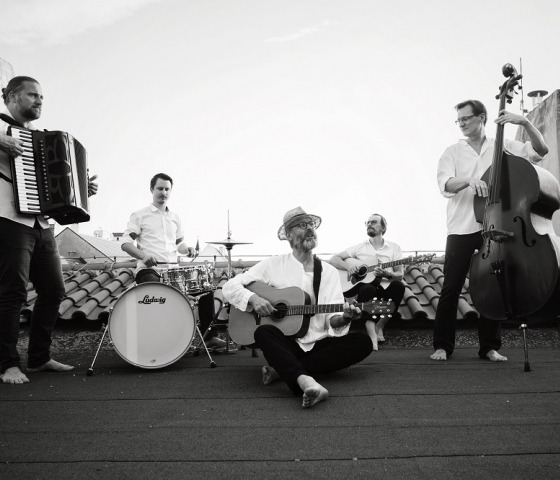 Mirek Kemel has been a musician since he was a child, although he had released his first album Krajem šel Anděl in 2011. As a musician, he is a rather introverted and in-depth man, humor known from his great cartoon jokes would be in vain. Mirek's songwriting is serious and markedly poetic. He has wonderfully observed small life situations, which he can divide almost into a fresco of existential significance. They are not afraid to tell stories that are even needed on the edge. Mirek Kemel is an amazing master of acronyms, he works brilliantly with established turns, but he presents them in special and unique contexts. At the same time, he likes to help himself with strongly poetic animal metaphors. His statement is actually very natural, the words have a real content, untrimmed and singing raw.
Over the years, Mirek Kemel has grown into a songwriter who is happy to listen to, no matter what of his ensemble